Attorney Clarke has represented and defended hundreds of parents from serious charges of abuse and is considered one of the true talents in the field. Scott has also been selected by several judges across Los Angeles County to represent minors in extremely litigious family law matters.

They rely on Scott’s experience and skills to bring these cases to a fair resolution. Scott has been practicing for over 30 years and has a highly regarded reputation in the legal community as a polished, aggressive litigator who tenaciously represents his clients. 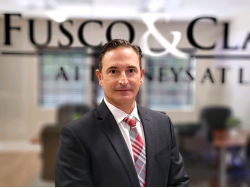 A gifted and ferocious litigator, Mauricio has defended hundreds of parents in both juvenile and criminal courts from allegations of serious child abuse, boasting numerous dismissals in both venues.

Mauricio is fluent in three languages and has been a lead consulting attorney to the Mexican consulate for the last six years. Mauricio has assisted the consulate general in the representation of Mexican nationals in a wide variety of legal issues including family law, adoptions, personal injury, and criminal defense.

With a reputation for over 24 years in the legal field for always going the extra mile for his clients, Mauricio’s aggressive, no nonsense style has him at the top of the legal community.